Life update, a review of 2017 and New Years resolutions! 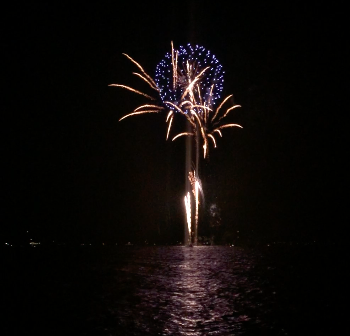 Wow- this post is kind of late, given we have been in 2018 for a few days now (and already so much crappy stuff has happened!!! *cough* *Logan Paul*) But, I just wanted to say that 2017 was on average an alright year for me, and a pretty great year for my blog. Although I didn’t post that much, the posts I did make were very fun to do and I hope that this year I am much more consistent with them. I met so many new bloggers and got involved with new projects and it was really cool.

I’ve always had so much speculation about the whole idea of the ‘new year’. I feel like people expect you to be going to some lit party on NYE and partying until midnight. FYI, I was watching Friends at home- Netflix added it finally!!!!! If you do stay at home, you’re just made to feel a bit crap. Idk. Maybe I’m just overanalysing as per.

So this year I wanted to get involved in the whole ‘New Years resolutions thing’. The actual concept is good, but you can really make resolutions anytime- I feel like the whole idea of bettering yourself is promoted around the new year, but really if I wanted to I could make resolutions on Halloween, or on 24th April (random date, but my point is that we should be encouraged to make goals for ourselves anytime)

-post more. I said so many times last year “I’m defo gonna post more!!!”. Well that turned out to be a lie. I’m going to say, I’m going to post at least once a month, and if I do anything more than that thats great. Let’s be real, the whole “one post a week” thing was never going to last with me (although I’m not sure I started it but still).

-drink more water. I’ve actually been maintaining this goal, but given I just don’t like the taste of water its been difficult. I’ve purposely been eating snacks like almonds that make me want to have water so I’ll drink loads. Anyway the way I see it- the more water I drink, the better I’ll feel and the better my skin will look.

-stop stressing over little things. This is probably down to my anxiety, but I really do overanalyse and think about every little thing in my life. I worry about stupid things like if my friends are doing things without me, in which case I get major FOMO and I can’t concentrate on anything else. Its much easier now because I’VE only got 2 months left in college wooooooooo and then I’ll be off for exams, and then hopefully uni 🙂 So in reality, I’m really not going to keep in touch with 90% of my year- I’ve come to the realisation that although I really love a lot of them, they are the kind of friends that I only associate with school. Outside of school, I don’t see them, so in terms of keeping in touch when we all go to uni, I don’t see an issue with the friendship coming to a natural end. I think I sound so strange but still. Whether or not I even end up going through with these goals is another story, but I might as well try.

So, in terms of life updates- I got an uni offer!!!!! I am still in shock that this uni actually wanted me, given I went to an interview which I personally thought went crap. Bad news though, I was rejected pre-interview from this uni that I actually really really wanted to go to. After looking at the rejection letter I realised that my UCAS tariff score wasn’t;t high enough?? Basically my predicted grades weren’t high enough (ie. I wasn’t predicted A* A* A) It sucks and I was sad for a while but everything happens for a reason I guess.

Anyway I’m in the process of writing my blog post on Italy, so it will be up soon!!! Although, knowing me probs sometime in March lol.

A hungry, tired student with a lot on her mind. Follow for posts about culture, travel, beauty and lots of rants!

4 thoughts on “Life update, a review of 2017 and New Years resolutions!”

Don't forget to follow if you want to keep up to date with my posts!
Follow Minty Freshie on WordPress.com